"Everything reminds us of something." 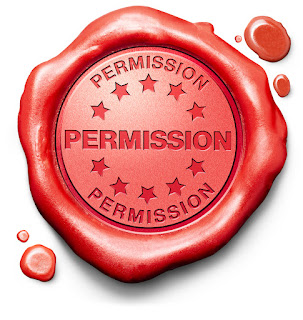 Some books I devour, while others I sip like a fine cognac, and Elizabeth Gilbert's newest book, Big Magic - Creative Living Beyond Fear, is one that I'm enjoying a little bit at a time. I'm only one-third of the way through and I've had the book for over a month. I delight in the way she puts words together, so I've also been reading it aloud.

I was thinking the past few days about these Daily Inspirations and that after thousands of them, I've repeated many themes many times and I'm always looking for something new, and how slow that seemed to come sometimes.

Then, yesterday, I picked up Big Magic and read the sub-chapter heading, Originality vs. Authenticity, and I was relieved, excited, and amazed at the same time. It has to be the shortest one in the book, lasting only one and a half pages, but it jumped out at me like it was the message from the book that was totally meant for me--and, anyone else who is thinking about creating something.

She begins by saying, "Maybe you fear that you are not original enough. Maybe that's the problem--you're worried that your ideas are commonplace and pedestrian, and therefore unworthy of creation." Wow. Commonplace and pedestrian. What a fascinating phrase. She sews in a word to a sentence that just makes me smile. I could not have imagined the word pedestrian in that sentence, yet it tickled me so. But, I digress...

She continues, "Aspiring writers will often tell me, "I have an idea, but I'm afraid it's already been done."

She talks about how Shakespeare, in his lifetime, pretty much covered every storyline there is, and yet for all these centuries, they have been restated again and again. She adds, "So what if we repeat the same themes?... We're all related, after all, so there's going to be some repetition of creative instinct. Everything reminds us of something. But once you put your own expression and passion behind an idea, that idea becomes yours."

To bring this idea some closure, she says, "the older I get, the less impressed I become with originality. These days, I'm far more moved by authenticity. Attempts at originality can often feel forced and precious, but authenticity has quiet resonance that never fails to stir me."

And so she says for us to "just say what you want to say, then, and say it with all your heart," and to "share whatever you are driven to share," and, if it is authentic enough, believe me--it will feel original."

This is part of the chapter titled, Permission, and how we need to give ourselves permission to do what we want to do without reservation or restriction. Whatever you feel a desire to do, the most important thing I think is to allow yourself that expression--to do, to put it out there, whatever it is. It's only silly fears that keep us from that place, or worrying whether it has been done before, or done better, or whatever craziness our ego comes up with. Just do it is a perfect three words to live by. Just do it. And, in the doing will be every reward.


You Are Free To Create At Will. Share Your Uniqueness.

Spread Some Joy Today--by allowing yourself the pleasure of doing just that.
Posted by Terry Minion at 5:30 AM