"'My son,' the father said,
'you are always with me,
and everything I have is yours.
But we had to celebrate and be glad
because this brother of yours
was dead and is alive again;
he was lost and is found.'" 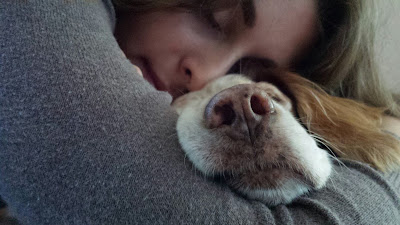 Yesterday I was thinking about unconditional love. I've written about it several times, and I think I understand it well enough, but what I was wondering yesterday was if I have ever actually experienced it toward me. In other words, have I ever felt real unconditional love?

As I was thinking these thoughts, the Parable of the Lost Son or the Prodigal Son came to mind. This is often taught as a story of redemption and certainly, it is that, but to me, it is a tale of unconditional love. First, the father loved the younger son with all his heart, then when asked by the son to have his inheritance early so he could go off and experience that wealth, the father did so. When the son who left was completely broken down and coming home to beg his father pardon, not as a son, but as any common worker for him, his father rejoices and celebrates the return of the lost son.

Oh, I have experienced love, even deep love, when things are going well. I have even seen it when things were not going so well, but to pardon anything so brazen as in the Prodigal Son, or some of the many foolish things I've done in my life, no.

Now the father, by his time's standards and even the standards of today, anger for the actions of the son would be easy, and even deeper, stronger negative emotions would be condoned by most. Yet this father loved the son without condition, without respect for what he had done, without respect for how he had squandered his inheritance. He was welcomed as if no bad thing had ever happened and only that he was not there and then he returned. Amazing. I don't even think that the father had ill words while the son was missing because his love was without condition.

Wayne Dyer's definition of unconditional love is my favorite. He says, "[Unconditional] love is the ability and willingness to allow those that you care for to be what they choose for themselves without any insistence that they satisfy you." We all have that same ability, but we do not all have that willingness. It is when we fail to satisfy the ideals of the other that challenge love. There are so many things that can and do go wrong. Many so-called hurts and pain. And, we have probably all experienced these from both sides, but unconditional love sees none of that, is not the least bit plugged into any of that, sees through to the core of us, and is full of compassion.


Either Way, I'm Still Feeling It! And, It Feels Magical!

Spread Some Joy Today--by sharing love with others, lavishing them with praise, and seeing only that which they truly are beneath that which we see with our eyes.
Posted by Terry Minion at 5:30 AM