"What happens to you
happens from you." 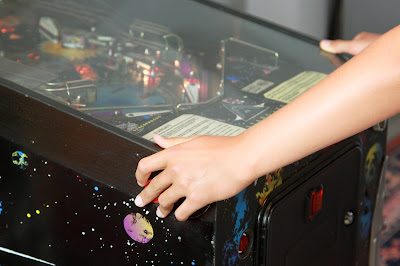 If we have come to believe that we create our own reality, at least in part, then what happens to us happens from us. Yet, initially, this is hard to swallow. It took me a while and I've been studying it like a scholar. It flies in the face of the way the world seems to be, especially in the news of negative events around the world. It is hard to believe when we're feeling victimized and that things just happen to us seemingly at random and without regard for our goodness. So, naturally, from our learning, we would reject the statement that what happens to us happens from us out of disbelief.

Yet, once this idea is allowed to mingle in my mind, and I play around with it, considering, testing it and allowing it to grow in influence, I see the perfection of it. As a result of my desire to know it and to allow it in, I now know without a doubt that every single thing that has occurred in my life has been of my own creation.

I also know that most of my life I was creating my own reality by default, or maybe a better way to say that is creating unconsciously. It's like the Law of Attraction. Some people believe in it and some don't, but it doesn't matter because belief or disbelief doesn't change the law or its function. It is. It is always on.

We can't stop it if we wanted to. It just is. We can either pay attention and help it to bring us what we want or take it as it comes. Either way, it comes. I think creating our own reality is exactly the same, and the Law of Attraction is doing it for us anyway, so I would rather create the reality I would prefer. Or, at the very least, accept responsibility for the reality that I have created that is not to my liking.

That's a big responsibility. It is also complete freedom, joy, and love. It frees me to affect whatever change I want or to accept wherever I am as my own doing. I can no longer look at the news and see what they are trying to tell me as true. I don't see heroes or villains or saviors. I see other people choosing how to live their lives. I love them as they are where they are. They don't affect me unless I allow them into my life.

It reminds me of how Abraham, Esther Hicks used to describe the contrast by giving the picture of us being in a glorious kitchen: "Imagine yourself as a chef in an extremely well-stocked kitchen that contains every imaginable ingredient. Let us say that you have a clear idea of the culinary creation you desire, and you understand how to combine these easily accessible ingredients in order to fulfill your desire. And as you proceed, there are many ingredients that are not appropriate for your creation, so you do not utilize them, but you also feel no discomfort about their existence. You simply utilize the ingredients that will enhance your creation--and you leave the ingredients that are not appropriate for your creation out of your pie.

Some of the ingredients in the well-stocked kitchen are harmonious with your creation, and some of them are not. But even though adding some of these ingredients to your creation would absolutely ruin your pie, you do not feel the need to push against those ingredients, or to ban them from the kitchen, because you understand that there is no reason for them to end up in your pie unless you put them in it. And since you are clear about which ones enhance your creation and which ones do not enhance it, you feel no concern about the great variety of ingredients that exist."

I love that analogy because I have come to believe that I create my own reality and through an understanding of that, I accept responsibility for my thoughts and my resultant emotions and my actions or lack of action too. What I think, say, feel and do is of my own design. And, even though sometimes I have been designing with my eyes closed, I now fully realize what joy and delight come when I design with my eyes open.

It is pretty much impossible to change when we are victims of life. After all, the whole idea of a victim is that we have no control or very limited control. However, once I have grasped the concept and accepted the responsibility for my own creations, change is a given. I can change at will and enjoy the change. I can change on purpose and with purpose rather than adapt to the circumstance. I am in charge of what I think and no one else could ever be. I am in charge of what I do and say. No one else ever could. There is no one to blame because I choose. There is nothing to complain about because I created it and I allowed it in. This is the most powerful place that we can be in our lives. It is living fully and delightfully on purpose with eyes wide open.


What Happens To Me Happens From Me.

Spread Some Joy Today--by enjoying your personal freedom.
Posted by Terry Minion at 5:30 AM