"In the river of life,
everything you want
is downstream." 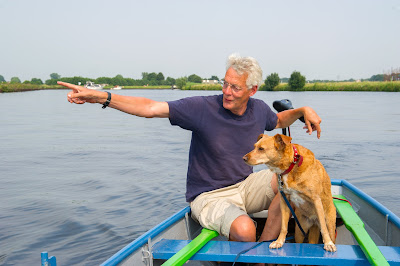 I'm still thinking about lunch on Thursday with a friend. I was playing with saying what it is that I am focusing on in my life now. I also said that I didn't know what I wanted next in my life. I thought at the time that statement was true, but it is false. I do know.

This morning, I was reading a bit from The Astonishing Power of Emotions by Esther and Jerry Hicks, and I know exactly what it is now. What I wanted to say at lunch was that I am focusing on allowing.

The Art of Allowing is what Abraham calls it. And it feels like an art. I've been studying it since I first learned about it in late 2007. In their first published book, Ask and It Is Given, the formula for all manifestation was given. Most of it is in the title. Step one: Ask. Step two: It is given. Step three: Allow it in. Steps one and three are our work, step two is not our work and is done the moment we ask. Just like the sign on my wall: What is my job! How is God's job! I should add the third part to that sign now: Allowing is my job! or Accepting is my job!

I've known this for a while, and have practiced it some, and what I wanted to say at the lunch is that now I want to become it. In The Astonishing Power of Emotions book, they use the analogy of a river or a stream. Indeed, often referred to as the stream of life or the stream of well-being. They write about putting your canoe or boat in the stream and depending on what we say we want and how much we want it, we often turn the boat and row upstream against the current.

We would like you to understand, however, that as you begin to approach your world in terms of vibration rather than action, and in terms of thought rather than in terms of time and space and distance, your ability to close the gap between where you are and where you want to be will be much more efficient."

Often we may agree with the philosophy that what we want is downstream and because we are so action-oriented, we think we should put a motor on the boat and speed downstream to get there as fast as we can. But, they say that won't really help and that the stream will carry us just fine, and all we really need to do is let go of the oars.

"When you are no longer paddling against the Current--when you release your oars and relax into your own natural Well-Being--the Current, which is ever moving in the direction of that which you have become and all that you want, will carry you toward your desires.

The belief that there is something to overcome automatically points you upstream. Understanding that all you desire is easily attainable by you automatically point you downstream. And once you understand that, you are practicing the Art of Allowing your natural Well-Being to flow to you, and you to it. . . and that is the Art of Allowing yourself to be the You that life has caused you to become."

I have been practicing some, and now my desire is to really understand and to allow into my daily life is The Art of Allowing, of letting go of the oars, any struggle, wondering why it isn't here yet, and all of that resistance. I want to become a fully proficient allower.


I'm Letting Go Of The Oars!

Spread Some Joy Today--by simply allowing your natural joy.
Posted by Terry Minion at 5:30 AM