"Perception is a mirror, not a fact."

-- A Course in Miracles 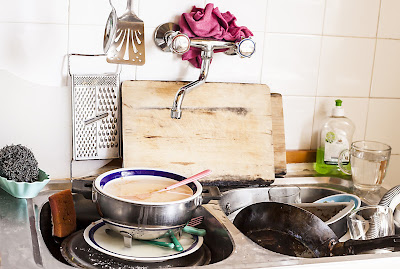 It is amazing the difference a few letters make in the perception of the thing. One way it is a task I would much rather procrastinate on, and the other, an opportunity for a nice look, organization, and order. Even though that is so unlike me, I loved the new way of looking at it, and in short order, the kitchen was in much better shape. I think that I'm going to be playing with all kinds of things where I've used the phrase, "I've got to _________," and changing them to "I get to ________." It feels so different, and isn't that half the battle--how we feel about doing something?


Perception Is Such A Powerful Tool.

Spread Some Joy Today--by your awareness of the joy around you.
Posted by Terry Minion at 5:30 AM