"Who in the world
wants to hear actors talk?" 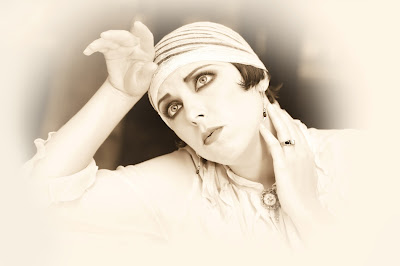 Has anyone ever said something like the quote from Harry Warner to you? Maybe it was stuff like, "who do you think you are!?" or "what makes you think you can do that?" or "you'll never make any money doing that." or "you're just not smart enough for that." or "you have to be in the right place at exactly the right time and what are the odds of that?" or any number of misleading and false thoughts about you.

It's easier to reject what other people have to say after you've maybe been defensive about it for a while, but what if these kinds of thoughts are coming from within? That relentless self-talk, that overly important ego that thinks he or she knows everything that is right and wrong, good and bad for you. In other words, fear.

Well, have high hope. There are a lot of people that are happy to tell you what's wrong, how it cannot possibly be done and a thousand other obstacles offered up for your consideration. They mean absolutely nothing. In fact, they are not even worth the attention span it requires to hear what they have to say. It means nothing because it is not you, it is about them. It is their fears, their insecurities, and their problem.

It's the same thing with the overly active ego. Who's in charge here? No, who's really in charge? The ego thinks it is in charge, likes to be in charge, craves being in charge, but when it comes down to it, the ego is a big blowhard. It has its usefulness, but only a tiny fraction of what it tries to control.

The really good news is that when you are in alignment with You, allowing that guidance to flow, whatever comes via thought or action is perfect for you. Not perfect for anyone else, but perfect for you. It is as it was meant to be from the beginning. It is often now called awareness, or enlightenment, which only means that you've discovered it for yourself, and are now aware of it, and enlightenment only means that you've accepted it and now make use of it. Everyone has it. Not everyone chooses to become aware of it or to make use of it. That is the only difference between any of us. We are all-powerful as we choose to accept that power.

I'll leave you with a quote from Abraham, Esther Hicks from a workshop in Asheville, NC on May 1, 2005: "When you find vibrational alignment with You, you personally thrive. You feel good; you look good; you have stamina; you have energy; you have balance; you have clarity; you have wit; you have an abundance of all things that you consider to be good. You thrive in all ways when you come into Energy Balance with You. Vibrational Relativity--that's what it's all about."


Nobody Knows Better Than You.

Spread Some Joy Today--by relaxing that tension, and focusing on something to appreciate. Anything will do.
Posted by Terry Minion at 5:30 AM