"The moment one definitely commits oneself,
then Providence moves, too." 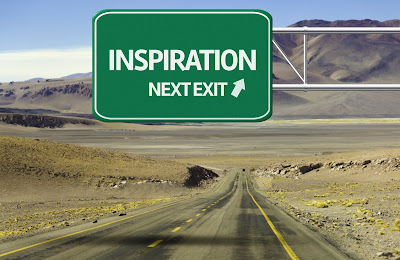 On April 25th, 2002, after 38 years of smoking cigarettes, I finally laid them down, turned and walked away. I had quit hundreds of times. Finally, I was inspired by a letter from my stepdaughter, and I made a firm decision--a commitment--to stop. That decision was a little over 13 years ago. I'm very grateful for that inspiration that was the tipping point, otherwise, I'd still be quitting again and again.

A couple of quotes from Abraham, Esther Hicks fits here: "There is not something you're supposed to do. There's not something that you should do. There is only that which you are inspired to do. And how do you get inspired except by the contrast? It's the life experience that gives you the idea of the desire, and then as you focus upon the desire, the Energy flows."

I was always "shoulding" myself, thinking I'm supposed to stop, that the world was conspiring for me to stop. The contrast was building, and then I became inspired. Now it could have come from another way. . .

"It's not necessary for you to exacerbate your contrast with struggle in order to get it into a higher place. It is not necessary to suffer in order to give birth to desire. But when you have suffered and you have given birth to desire, so what? You've got a desire. Turn your attention to the desire. Think about where you're going and never mind where you've been. Don't spend any more time justifying any of that stuff."

I might call that feeling bad and until you decide to feel good. Jim Rohn used to call that the day your life turns around. He says that disgust is a place many need to get to in order to be inspired and change. "I've had it! I'm not doing this anymore!" Sick and tired and sick and tired of being sick and tired. I'm sure you know what he means.

It's all good. Whatever you might want to change in your life from stopping something to starting something, there are lots of ways to get there. The struggle is not required, but it might be the way through to inspiration for many.

For some, it might be an action causing a change in thought. Anthony Robbins teaches how forced or an inner allowing of action can change our point of view or our thinking. He calls it changing your state. Running screaming down the street is one example he gives, as a release toward change--sort of like an explosion of energy and emotion. Maybe just deciding to try it for one hour, then one day. Then two. Then three. But ultimately, it all requires a change in thought. Whether that comes first or last is not all that important. There are a lot of ways to get there.

One last thing. There is only one place that change can take place. It is now. Whenever now is for you, it's okay that tomorrow might be the place, because it will be now when it arrives. After all, it is now that the plan for tomorrow exists. Just add some inspiration to it, and that now place opens the door to the Universal support that will make it easy for you, regardless of how long and hard you struggled and resisted in getting there.


"Feel Good Before You Get There, And You Will Get There Quicker." -- Abraham, Esther Hicks

Spread Some Joy Today--Joy is only possible by feeling good. In fact, most would say it is at the upper end of feeling good.
Posted by Terry Minion at 5:30 AM