"Contempt is no match for love." 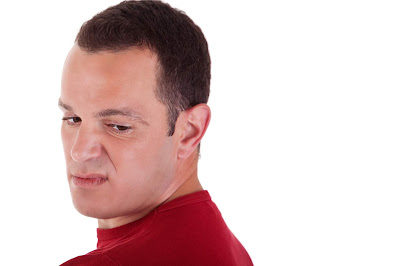 Party versus party. Party line versus party line. It seems like even when there is a principle worth standing for that there are plenty who will stand against it. Maybe one or two or three or four can be convinced that the principle is worth moving away from the party line to come together to withhold the principle, but the rest are afraid. They are covering themselves for the future. Maybe they have an election in the very near future and they feel they would not get the support they need if they left the party line for the principle and that they would break from the so-called unity that is called for in the party line. Of course, it doesn't matter the party because both parties play the game as needed based on the current need and circumstance.

The news says that there is a lot of CYA going on and people afraid of losing their jobs or their rank. Yet it is not just these that we are now observing who is doing that. It is much larger and more involved. Consider the news media regardless of media status. They report what is going on when there isn't anything going on. Why? CYA. If there isn't any news, i.e., something happening that is report-worthy, there is a need to create an angle that we can call news. For years I gave up reading or listening or watching the news. I didn't miss it.

For the last couple of years, I have returned to it but from a different perspective. It's addicting in some ways and there are a lot of us addicted and so there are a lot of different news and media organizations that bring us bits and bites jockeying for attention and what happens then, and I am observing that the vast majority of news is about what might happen if, who might be blamed if, who is feeling this and that about whatever, and finally in comes the analysis. There is so much to analyze and having no actual event news to report has no bearing on the volume of things and angles there are to analyze so that the news page is filled more with non-news than could possibly be news. In other words, it is more about what has not happened or has not yet happened than what has happened.

Then, this madness spreads to each of us, to our families and infects our minds and actions as well. We are all involved and the more involved we are, the more there is to consider. But, even more than considering, we end up finding who is to blame, making judgments that are based on news that is reported that is possibly not fully truthful or complete. In other words, we find more and more ways to see the separation of people and ideologies which is another aspect of fear. It is all fear-based, and fear has but one objective and that is to create more fear. Whether it is CYA or not matters not. It is all fear-based and allowing fear to rule in our lives at whatever level that rule is allowed only and always creates more fear.

How do we release this hold that fear can have on us? Fear is not something that is fought for in the fighting of fear, fear is the driver, so there is only more fear. The first thing is realizing that fear is ruling us. The second thing is that we are always the chooser, and so we can choose something other. And, last, the only thing that fear cannot abide in is love. Love will always prevail if we only choose it. In politics, in business, in our families, in our lives, in the entire world. Indeed, God is Love, and as God is Love, we may choose that as well.


There's Always Someone To Blame, Yet Blame Is Not Righteousness. It Is Fear.

Spread Some Joy Today--by choosing joy for yourself. Once you have it, spreading it is possible.
Posted by Terry Minion at 5:30 AM