"Whatever it takes
to stay inspired
is worth it." 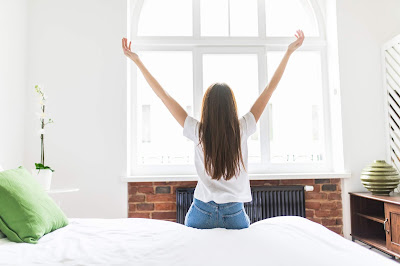 I used to call what happened today a bad day, or at least a bad afternoon. But, I have these feelings so rarely now that I just call it a bit of contrast toward my only goal of feeling good. As Alan Cohen says, "Whatever it takes to stay inspired is worth it." I agree totally.

I had an issue with a client's employee today, and nothing I said was received in the way it was intended to be transmitted. The harder I tried, the worse it got. Ever had that feeling? I wasn't taking their problem seriously was the claim, but of course, that is absolutely not true. It's just that I know my business and she doesn't, but that wouldn't fly either. Still, I endeavored to do the best I could.

What it comes down to is that I can only control what I send, but it is impossible for me to control how it is received. There were a lot of non-control frustrations going on. But, it was more than her, there were more things coming until late in the afternoon at the gas pump in the commuter rush hour, I just started laughing. It's all so silly, isn't it? At least I was thinking that.

This caused me to remember a quote I recently received. It helps to put all our problems in perspective:

"In being with dying, we arrive at a natural crucible of what it means to love and be loved. And we can ask ourselves this: Knowing that death is inevitable, what is most precious today?" -- Roshi Joan Halifax. And I'll add another from Alan Cohen: "If you are going to commit to anything, commit to happiness." I agree totally.

So, after the gas pump, I came home unpacked my load, lit some candles, turned on the stereo with some favorite music and poured a favorite drink and chilled very quickly into that peaceful place of no cares, worries or complaint.

The good news is that afternoons like this happen so rarely now that I laugh just because of that joy. The more good news is that it really doesn't matter nearly as much as some people think it does. I have to follow my own guidance in that and take the other being upset as not really anything I have much control over. They can choose happiness, or whatever they like.

I feel that I have arrived at a place that an Abraham quote said so well: "When you are comfortable on your path, it doesn't matter where it leads." I love that. I feel that. I am comfortable on my path. A little contrast here and there is a given, but I focus not there, but on the comfort.

I Am Wishing That All Of Your Frustrations Evaporate As Easily And Thoroughly. Peace.

Spread Some Joy Today--by remembering that you and only you--yes! you and only you, have total control over what you want. Want joy? Let's all say, YES!
Posted by Terry Minion at 5:30 AM