"I'm thankful to
all those who said no.
It's because of them,
I did it myself." 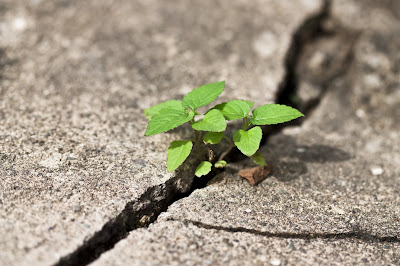 Several months ago, I read Wayne Dyer's wonderful book, I Can See Clearly Now, and since it is essentially an autobiography up to the end of 2013, I learned a lot about Wayne Dyer, the person. Since I've followed Wayne since his first book in the seventies, Your Erroneous Zones, I have been not only following along with many (not all) of his books, but I've been growing right along with him. I find that sort of thing very interesting.

In almost every situation he discusses in that book, and there are so many, he found resistance and/or did not like the direction someone else was trying to guide him, and then he made a decision to take charge himself and take the power into his own control. One was his first book which the publisher refused to print more copies of because he was a first-time author and they didn't want to spend any money promoting the book at all. So he took control in some very interesting ways, You'll have to read to book to get that whole story, but he turned it into such a massive success that what he earned that first year was more than all his previous years combined.

I've done some of that myself by creating my own positions at some places that I've worked, building my first website not knowing a dang thing about it, and more. I rarely take no for an answer. In my wallet, I used to carry a quote written on the back of a business card that someone shared with me. It was from George Bernard Shaw, and he stated, "People who say, 'It can't be done,' should not interrupt the people who are doing it."

Sometimes I see people (I've even heard myself say it from time to time) who say that they can't succeed or do their job because they are not getting the support they think they need. Or, they are missing certain materials and such that, though they could be helpful, are not absolutely necessary, and indeed they can always be created by ourselves.

Wayne Dyer invested in himself. When they said no to the book promotions and that they had unsold copies and wouldn't print more, he decided to create his own book store in his garage and dipped into his savings and bought all the remaining copies that the book publisher had, then he ordered more so they had to print more. Then he went out and sold them out of his trunk, went on hundreds of radio shows across the country telling people to go to the local book store where he had many copies on consignment, and much more. He knew what he wanted and he refused to take no for an answer.

So when someone tells me that they are being held back because of this and that and they won't do this and that, and all that stuff, I just try to guide them to take the initiative themselves to make it happen. It starts in the mind. It starts with desire. It then morphs into inspired action. If the desire is weak, the thoughts are weak and all the action in the world won't bring the desired results. It's like trying to make a positive out of a negative. You have to begin with the positive: I want to succeed at this, I want to do this, I will do this.

I had a thought today (along with a few thousand more) about how one can be locked up in prison for life and be happy. No matter what the circumstances around us, and no matter what others might think about us, we have one power that is completely our own, and that is what we choose to think. We have the choice of looking at life with hope or despair. Viktor Frankl said that this was what made all the difference in whether he and others died in a concentration camp in Germany or whether they lived. It is our frame of mind, our focus, our choice of how we think. It always was and always will be.


I Am Blessed When Someone Says No, Or Says It Can't Be Done. They Have No Real Authority Over Me Anyway. I Choose. I Always Get To Choose.

Spread Some Joy Today--in accepting your own power to choose your joy.
Posted by Terry Minion at 5:30 AM