"Try not to become a man of success,
but rather a man of value."

"Friendship is unnecessary,
like philosophy, like art. . .
It has no survival value;
rather it is one of those things
that give value to survival."

"The promises of this world are,
for the most part, vain phantoms;
and to confide in one's self,
and become something of worth and value
is the best and safest course."

"The value of a man should be seen in what he gives
and not in what he is able to receive." 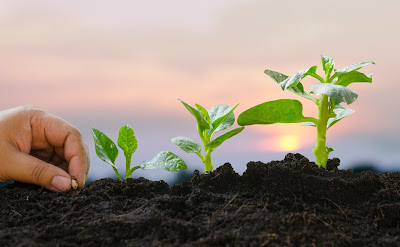 Contrary to my previous thinking, to become a person of value by becoming a person in service of others, and a giving person, is not to sacrifice my life for the others, but to enhance and expand my life.

The problem I used to have with this concept was the sacrificing part. I thought if I lived my life for others forsaking my own, what kind of life is that? What changed was the wording of the concept from living my life for others, forsaking my own, to living my life in service to others by being a person of value. Isn't there a whole universe of difference between those two? The first one is not being of value at all. It is more of a pity party or what I have to do. Being of service is not excluding self, but expanding self to have excess to give.

Let's forget about the small values like kindness, friendship, encouragement for the moment. Let's look at some of the rich people who have also become philanthropists. They set up foundations and give an initial amount to begin the fund and that fund is held at interest. As donations come from other people and organizations it grows, then amounts are released in such an amount that the fund continues forever. It becomes a giving machine, giving more value every year to more people. Think about the value of forever versus them giving their entire fortune away in one fell swoop. The value is in the foundation because it also has lasting value for generations to come.

Not long ago, I didn't really understand that. I thought they were just being cheap in their giving and giving a little of their vast fortune. In reality, and in my awakening awareness, they are actually being of far more value than they could otherwise be. They use their fame to gain other donations and other partnerships in the giving field of their interest. They use the money wisely and in a way that is consistent with the thinking that brought them wealth, to begin with.

Now, let us go smaller again. How can we who don't have wealth think in these terms in order to provide more value than we would otherwise? One way is sharing your interests in what you are passionate about. Another is to form alliances and partnerships with other like-minded people toward similar objectives. It doesn't even need to be in terms of money. It could be of time, energy, interest, and much more.

Instead of thinking, "what can one person do?" Instead, think, "what can I do to multiply my efforts toward adding value to this?" Totally different thinking. One is almost an excuse to give up and the other is seeking more power.

Becoming a person of value has just expanded.


I Become More Valuable By Becoming Of Service To More People. I Am A Person Too.

Spread Some Joy Today--What can you do today to be of service to someone else? Now do it. Today.
Posted by Terry Minion at 5:30 AM