"You cannot remedy anything
by condemning it." 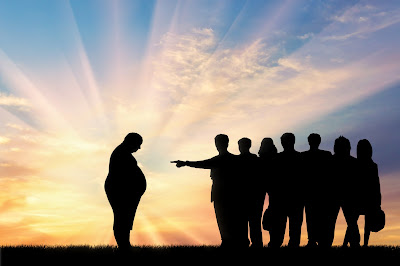 When I first read this line, it jumped out at me. I think it is a very powerful short sentence on how to be happy or have more happiness.

I've heard my share of angry people. Angry at the economy, the neighbors, the stupid people at work, the traffic, local politics, and the list goes on and on. I even used to get angry at some angry people as if that somehow canceled it out. You know, you just get sick and tired of listening to it, or they start pointing their anger toward you and you feel a need to give some back or defend yourself in some silly way.

Wayne Dyer goes on to say, "If you're angry at those around you for being angry people, you're attempting to remedy the situation through condemnation." Of course! I hadn't thought of it that way before, but it rings so true that it is impossible for me to deny it anymore. That's why war isn't a solution, it's a condition.

Wayne goes on to say, "You cannot attract __________ into your life by hating anything about what you've allowed yourself to become." The blank line is mine because you can fill it in with a myriad of things. How about being overweight? So, you can't hate your body or your fat or how you look and at the same time attract how you want it to be. I love his quote here because it also ends with a message to accept some personal responsibility for the condition. If I'm overweight, that is something I created and being angry at it cannot serve me.

You could fill in that blank with money. Hating the fact that you lack money will not attract money. How about the neighborhood. You cannot attract a better, more peaceful, well cared for neighborhood into your life by hating where you are now.

I've heard it said that the main value of anger is to lead you to make a change via a decision to change. I could go for that sometimes, but once the decision is made, anger must be left behind and focus only on the positive of what you want instead of fighting against what you don't want.

Somehow we seem to think that if we were to fight and get rid of something we don't like, then what we like would be all there would be. That cannot be true. It cannot be destroyed. Turn away from it, focus on what you want and let what is back there be there. Getting rid of cancer doesn't create health. Getting rid of anger doesn't create happiness. Fighting is not the way.

The best way is to just let go of condemnation, anger, disapproval. Just let it go. Having these things is like always paddling upstream against the current. Letting it go is like putting the oars in the boat and letting the current take you where you need to go, trusting that it will come to pass. Everything you want is downstream.

Ahhhhhhh! That is so much better!

Spread Some Joy Today--If You Hear Anger Today, Send Them Some Loving Thoughts. You Know They Need Them, And, You Need To Send Them.
Posted by Terry Minion at 5:30 AM