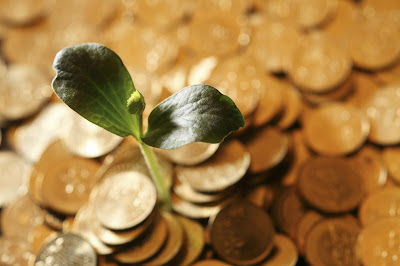 It is often beliefs that we may have held on to, sometimes for most of our lives. Many are so old and from childhood. I know this is true about money and so I have this resistance to abundance in this area. I have only recently realized this, and I no longer want it, so the path then is simply to release the resistance and accept and receive the abundance that I know is there for me.

There are some tools to help release resistance, and many of them are just plain fun. It should never be work to release resistance. In Esther & Jerry Hicks book, Ask and It Is Given, there are a wonderful series of processes in the second part of the book. The one I want to share with you today is called The Prosperity Game. It is a powerful tool in releasing resistance surrounding the idea of money.

You start off receiving $1,000 income on day one and every day thereafter, the income rises by $1,000. So day two is $2,000, day three $3,000 and so on. The idea is to spend the money each day on whatever you want. You could use an old checking account where you have checks left over, or a program like Quicken, or just on plain paper. Again, the goal is knowing that you have more coming tomorrow, so feel free and totally at ease spending what you have today. Spend it any way you like for whatever your heart desires.

So, I'm having such a blast with this. I'm on day 55 tomorrow so I will receive $55,000 to spend. I've learned several things about me that surprise me some and delight me as well. I am amazed at how little I have spent on myself. I have done so many things for other people and organizations that are of interest to me. I've done magnanimous things here and there, and it has helped me to realize some things that I had let go of that are still important to me.

I began tithing on day five or six and increased it to double tithing about day 15. That is the first money spent each day. The app keeps a record of what you spent money on but not the amounts or the dates, but if you do it manually, you can see that if it matters to you.

This whole thing has become a joy and I can feel that it is changing my attitude about money and abundance in particular. You will also find as I have that it starts to become challenging to spend all the money. That's good. Part of the value of this is exercising our imagination. If I can't seem to think of something right away, I just close the app and come back later. It's supposed to be fun.


Abundance Is A Game, And Available To All.

Spread Some Joy Today--Leave your stress in the shower and allow your day to soar.
Posted by Terry Minion at 5:30 AM