"Wrongs cannot be righted by punishment." 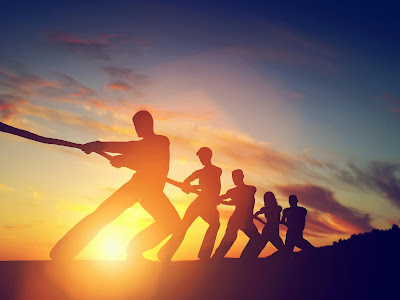 Whether we are trying to punish someone else for wronging us, or we are punishing ourselves for our failed attempts, it is all the same. We cannot right wrongs through the method of punishment as a tool or a strategy. It just doesn't work. It never has. It never will. Yet, often we persist in thinking that it does or that it will.

I think that punishing ourselves is something we do far more than punishing others. We hold an ideal and we miss the mark. Our disappointment glares at us and we find ways to punish ourselves for our failure to perform. It could be as simple as a diet that we began and then after day one or two had trouble maintaining.

Or maybe it was worse--a habit that we wanted to change. Trying to change a habitual pattern is our most punishable offense. Whether it is relative to a daily habit like eating certain things, or certain amounts, or smoking, or drinking or make a list. Everyone has their own list, I'm sure. Habits are automatic. That's why they call them habits. Failure is a given; however, success is only on the way.

Maybe it is about how you spend money. Maybe you have credit cards you don't want to use and you do anyway. You need that thing, whatever it is. Buying now and paying later is a very enticing habit. So, you charge it and then you lament about it.

Perhaps a friend said the wrong thing at the wrong time and you did not only take offense, you felt hurt and abandoned. This is worthy of punishment, right? So, you punish them by ignoring them, or blowing them off, or talking to others about them as they did about you.

You were passed up for promotion and you have not only been the most deserving, but the one with the utmost patience, but your patience is over and you're sick and tired of the ways things have been going.

Well, this list could go on to infinity, so I'll stop here. Punishment never works. Not for others and what they supposedly did to us, or in ourselves and how we didn't meet expectations of our own design.

Here's an idea. Let go of that rope. Lay it down. There is nothing--absolutely nothing to be gained from this struggle with whomever that opponent is. Just lay the rope down and refuse to engage in that activity. Instead, choose a better feeling thought. Choose one that lifts you up and lifts the other up. The President is doing the best he can with what he has to work with, or not. It doesn't matter. It's not in your control.


Whatever It Is, If You're Not Feeling Good About It, You're Out Of Alignment. Let Go Of The Rope And Take A Break. You Deserve A Break Today.

Spread Some Joy Today--by letting go of judgment of any kind. That act alone is one of joy.
Posted by Terry Minion at 5:30 AM