"There is no man so low down
that the cure for his condition
does not lie strictly within himself." 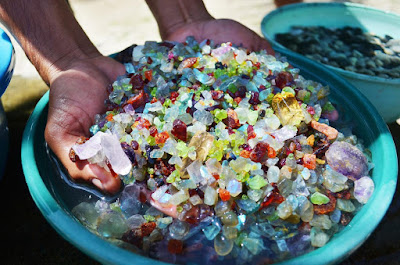 Isn't it interesting how when the student is ready, the teacher will appear. . .

I used to sell a lot of books on eBay and at one time had around 15,000 of them in a warehouse, so I was buying and selling all the time. I only have a small number left and one of the books that I had online for years that didn't sell was on one of my bookshelves and as I passed by the other day, it beckoned me to pull it out and open it up.

It is an old library book last checked out in 1970 and was published in 1913. The title is The Great Diamond Hoax and Other Stirring Incidents in the Life of Asbury Harpending. Long title. I thought it was old and in great condition and it would sell, but I was wrong. It was meant to be on my shelf years later so I could pick it up and actually for the first time read a bit of it. Well, it is so fascinating and is about the early history of California and such and learning about this most interesting man brought joy and laughter in my joy. It was my fortune to find this book and begin reading it.

I'll tell you just a tidbit that I gleaned from the beginning of the book. He was brought up to be well educated, from a well to do family of means. His "father was one of the largest landed proprietors of Kentucky, in the southwestern section of the State. That was still on the frontier of the Far West." At 15 he ran away from college and tried to join the Walker Expedition going to Nicaragua, was caught and escaped and ended up back home "in a condition that made the Prodigal Son look like 30 cents." His father knowing that his son was smitten with the adventurous spirit, suggested that he go to California and gave him a liberal grub stake when he turned 16. 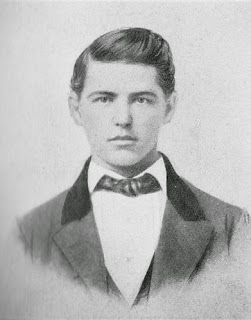 He went to New Orleans found that his paper money was almost worthless because back then each state made their own, and he found that Louisiana had no desire for Kentucky's money. Yet he had enough for boat passage and had a $5 gold coin left for the rest of his trip. Back then, $5 dollars was enough to do a lot.

On the boat the conditions were deplorable and a boat designed for 400 had 1,000 people on it. There were two stores of fruits that the purser had in two storage areas he was to sell at the destination for a profit, but with so many people, the food ran out very early and the crowd ravaged one of the two fruit stores eating every bit in sight. Then Asbury had the idea to offer a sum to the purser who was probably going to lose the other store the next day, and they agreed on $10, so Asbury gave him the $5 gold coin and said he would bring the other from a locker or something.

Asbury then found a man who was a good sales barker and began selling the fruit 5 for a half dollar. They sold all the fruit, paid off the purser and Asbury had $400 remaining. He went on to earn many other fortunes in many ways, but this first incident taught him that he had within him the will to succeed and the creative power to consider options that others had not considered. He felt that he was beneath being a "fruit peddler" but found it's ultimate outcome to be more than satisfactory. Now he had enough money to get a good start in California.

I would love to tell more but this is too long already. What I loved about this was one, how young he was. He was only 16 at that time. Two, I loved the fact that he was open to creative ideas and situations. Three, he had talent and also needed help to supply talent he didn't possess, so he hired that. Four, he was focused on the end result of what he wanted most: to get to California, survive, and thrive. Five, he knew he could be self-reliant and acted accordingly, and six, he loved the adventure, or in other words, he loved what he was doing. Last but not least, he learned in this and other adventures to go with the flow of things rather than swimming against the current, and he not only learned to go with that flow, he learned how doing this was beneficial to him.


There's Nothing Like A Grand Adventure! Of Course, 100% Of That Is Mental, So We Can Feel That Way Any Time We Choose.

Spread Some Joy Today--Allow. Flow. Thrive.
Posted by Terry Minion at 5:30 AM