"What would my life have been like
if I hadn't cared so much
about what people thought?" 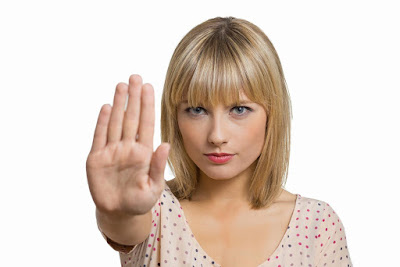 Earlier this month, Oprah Winfrey published a book titled, What I Know For Sure, and I just had to share a bit of it with you. It is a very special book from a very special woman who has had the privilege to influence millions of people over time. Though I hardly ever watched her show since it was in the daytime, I could not help being influenced anyway, and what was also interesting looking back is that it has been as if she has been growing up, expanding, and becoming right along with all the rest of us.

In the chapter, Possibility, she talks about fear and how fear can rule your life. She says, "What I know for sure is this: Whatever you fear most has no power--it is your fear that has the power. The thing itself cannot touch you. But your fear can rob you of your life."

One of the strongest fears that she removed from her life was about what other people may or may not think about her. She began by acknowledging her fear. She says, "before I could challenge my fear and begin changing what I believe about myself, I had to admit that, yes, I had always been afraid--and that my fear was a form of slavery."

Then she quoted author Neale Donald Walsch, who said, "so long as you're still worried about what others think of you, you are owned by them. Only when you require no approval from outside yourself can you own yourself."

She says that when you decide and "dare to step out, speak up, change yourself, or simply do something outside of what others call the norm, the results may not always be pleasant. . . others may call you nutty. At times it may feel like the whole world is rising up to tell you who you cannot become and what you cannot do. (It can upset people when you exceed the limited expectations they've always had for you.)"

Oprah goes on to say, "but the alternatives are even worse: You might find yourself stuck in a miserable rut for years at a time. Or you could spend too many days languishing in regret, always wondering, What would my life have been like if I hadn't cared so much about what people thought?"

I know in my own life that I have dealt a lot with the fear and fantasies of what other people may think about what I say or do or have said and done or failed to do. It can be such a burden causing me to hide out. One of the ways I have come out of that cave is writing these notes. I put myself out there sometimes and whatever happens, happens. The doing of it teaches me to be less fearful and my goal is to be fearless. It's also interesting that of all the comments that people have sent me over these last five years of postings, not a single one was negative in any way. It was as if I were growing up, expanding, and becoming right along with all the rest.

As a final note to this post, I have to exclaim how powerfully joyful I have felt by this book from Oprah. I am more into audiobooks now than print, but often buy both. Often the audiobook is a matter of convenience, but in this case, I think that the best way to get the feel of this book is the audiobook version. Oprah is reading it and it is hands down, the best read audiobook ever, full of feeling as only she who has lived it could tell. I suggest you would thoroughly enjoy it. I think it is worth sipping, letting the subtle flavors be completely noticed and appreciated. The messages have been said in many ways by many people, but never in the way that Oprah says them and entirely worth the trip.


"And What If You Decided Right Now That You Will Stop Letting Fear Block You?" -- Oprah Winfrey

Spread Some Joy Today--by realizing that fear is simply resistance and that by letting go of that rope, joy is possible, and as you become more joyous, those around you will as well.
Posted by Terry Minion at 5:30 AM