"You can only mentor somebody
if they want to be." 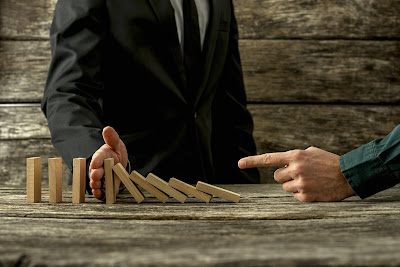 Donovan Bailey says that "every kid needs a mentor. Everybody needs a mentor." Based on all I know from living my life, I agree with this entirely. It has also been an observation of mine that I have met a lot of people who fail to take the lead in being mentored. It is the mentee, or the person desiring or needing mentoring--it is their responsibility to reach out to a potential mentor. Sometimes, there might be a situation where a third party brings them together, and whereas this can be a beginning, it will go nowhere fast without the action of the mentee. A mentor is not the one that reaches out beyond once if that. It is the wrong sequence.

There are so many people who have certain skills, knowledge, ideas that can and will be mentors to those who are bold enough to reach out. Even famous people, who on first glance, we might think they wouldn't be interested at all or too busy, are open to it. Clint Eastwood is quoted as saying, "I'm a mentor to anybody who's interested." That pretty plain. Some even go out of their way to help, as with this quote from the singer, actress, entrepreneur, Paula Abdul, who said, "I love doing what I do. I'm a born mentor. I've launched so many people's careers. I worked hard." And Jessica Simpson said, "To be a mentor for up-and-coming artists is right up my alley."

Hundreds of thousands of people from all walks of life are ready and willing, but as the old and very wise saying goes, when the student is ready, the teacher will appear. In addition, that is when the learning is most effective too.

One last thing about mentoring. as the quote by Donovan Baily says above. . . everybody needs a mentor. This would apply to all ages. I need a mentor and I reach out and find them and they don't even have to be alive in today's world for me to get the mentoring that I need and want. I'm always ready to be mentored. As well, I am always ready to be a mentor.


"It's An Intangible Thing, This Thing We Call Talent, Especially If We're In A Position To Teach And Mentor Others." -- Alan Zweibel

Spread Some Joy Today--because it's Monday. That should be a good enough reason!
Posted by Terry Minion at 5:30 AM