"Feelings are like icebergs.
There is so much more below the surface." 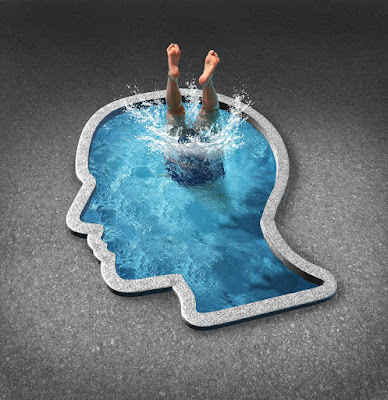 I was talking with someone about feelings and perceptions today, and then I realized how much more there is that we don't share in the depth of a feeling or feelings. We don't share it for a host of reasons, and when it really comes down to it, I'm not convinced knowing the full depth would add any significant clarity or resolve. It is interesting though how that works.

I think that some of why this is may be because we so often will talk aloud to each other rather than write our feelings down. There is something about putting your thoughts on paper that changes what is produced and the clarity is obvious to me.

My wife and I went to a couple of marriage retreats. One of them was intense and specific in the instruction of how to communicate with each other and address unresolved issues. That instruction was to write it out, then read it aloud. Although there was often not sufficient time to do that well, I learned a great deal from the process.

Later, I wrote a couple of significant and lengthy letters to Nancy describing my thoughts and feelings and trying to add clarity to the situation. After she passed last August, I spent a few months going through her two desks and in the process, found those two letters. After reading them, I was amazed at the clarity expressed and the grasp of the situation. This was especially true of one written in 2010.

What is also very interesting, and something that sort of surprised me, was how much more those letters helped me than as a communication with her. The act of writing it all out, taking the time to think it through was powerful for me. I became more clear.

The idea that the communication, whether verbal or in writing, should have the objective of the other party having full acceptance is a wasted thought. The more important aspect of sharing such things is in the actual sharing or doing of it and the one doing the sharing will always have the greatest benefit I think. That is okay. It is helpful and worthy of the time and effort.

This evening I watched a DVD that had me think about these kinds of communication issues in an even more effective way. I'll share that tomorrow.

Spread Some Joy Today--How many things or people can you find to appreciate today?
Posted by Terry Minion at 5:30 AM