"What you get
is what you choose to see." 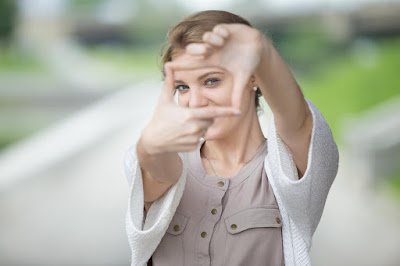 The whole idea of right and wrong has created unlimited fantasies. It also seems that it is like human nature to focus on what is wrong in a misguided attempt to make it right somehow. Another fantasy. Carl Jung put it so well a long time ago when he said, "what you resist persists." The harder we push against something, the larger it becomes. The more we fight something, the stronger it becomes. There is no percentage of success in pushing against or fighting anything in the hopes of making it something we do want instead of something we don't want.

Fighting cancer is made to sound like a fight worth fighting, yet cancer is now one of the largest enterprises in the history of the world. Billions of dollars are involved. Wars have been fought since the dawn of time and somehow we fantasize that "right" won out over "wrong," or good over evil and so on. George Bernard Shaw put it well by saying, "war does not decide who is right but who is left." The war against drugs has actually increased drugs, rather than decreasing it. In fact, there are so many laws against things that have just made them more.

None of these attempted remedies work and will never work because they are pointed in the opposite direction. They are focused on what is not wanted instead of simply turning and focusing on what is wanted instead. Cancer is not cured by fighting it, promoting it, studying it. Cancer is cured by focusing on health, not the illness. We don't win wars by having bigger and better weapons of mass destruction. There are no winners in war. All are winners in peace.

The other thing to remember, or realize is that there are certain benefits to fighting against things. Most of those benefits are economically focused. If there were no benefits, there would be nothing to fight over.

In any case, it is never what is outside, but what is inside that counts. It doesn't matter what we may perceive others doing to us, or circumstances or things happening to us or catching or contracting this or that, and it doesn't matter who's fault it is because blame is also on the outside. What matters is only how we think about those things and then choose to believe or do by what we choose to focus on.

In my own life, like most others probably, I have found it so much easier to find fault, persecute and inflict who is wrong, speak about eradicating all the evils in the world, and generally becoming more aware and spreading awareness about things we don't really want. I've often grown weary of pushing against things and especially noticing what is not right, or not right yet. With this attitude, it seemed like it never would get right.

Now, I am turning. I have been playing with turning for some time now and have been practicing it, wanting it to become natural in me. It's not how I was taught, but it is what I have now learned, and it feels so much better. The value of my emotions is telling me in which direction I am focused. This helps me to realize I am in total control of my choices of focus. I am now regularly making better choices for me. I will let the rest of the world do as they please.


It's Not Hocus-Pocus. It's Focus-Focus.

Spread Some Joy Today--by focusing on what you want rather than what you do not want.
Posted by Terry Minion at 5:30 AM