"Nostalgia is a file
that removes the rough edges
from the good old days."

"Remembrance of things past
is not necessarily the remembrance
of things as they were." 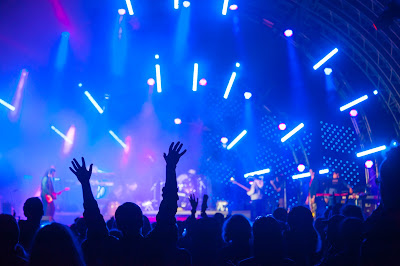 I was watching a TEDed video by Clay Routledge, titled, Why Do We Feel Nostalgia? He said that nostalgia used to be considered a debilitating disease. It was named in 1688, and until around 1850 or so it was treated as a disease in some interesting ways.

Nostalgia is often associated with the idea of the 'good old days.' Remembering fondly something from the past and wanting to be there again, and so we are feeling that place now as we spend time in the past feeling.

I spent several hours on YouTube yesterday afternoon watching many of the Kennedy Center honors of famous musicians and so enjoying the musical tributes given them by other famous musicians. I think I went through at least a half of a box of tissues and felt emotionally drained when I stopped. And, obviously, I absolutely adored watching them with the volume up trying to see through my teary eyes of joy. I think my favorite was Steven Tyler leading a medley of Beatles hits from the White Album as an offering to the honoree, Paul McCartney. Number two was Heart doing Stairway To Heaven for Led Zeppelin. They were both spectacular.

This caused me to remember musicians and groups that I've experienced in person over the years like, Elvis, Boz Scaggs, Rick Nelson, The Eagles, Tommy Emmanuel, Paul McCartney, Celine Dion, Neil Diamond, and more. I remembered one of the earliest when I was invited to a senior prom by a girlfriend who lived in Tiburon, now a very high-end area across the bay from San Francisco. Their prom was held in San Francisco and they had three groups playing, all of them along one wall, taking turns. This was 1968, and there was Tower of Power, Sons of Champlin, and Vince Guaraldi. Wow. I was blown away. Our proms had Ralph Rawson and his orchestra. . . so sad. I went to five junior and senior proms, and four of them had Ralph Rawson.

As I sat down trying to remember all the artists I've experienced in person, I found some really hard to remember, and I'm sure I haven't recalled them all. Then I thought about what I was doing and started laughing, and though I was thinking of something else, I decided to write about this mind wandering through the somewhat cloudy waters of nostalgia. Then I thought, what makes something memorable? I answered because I'm the only one nearby, that what makes something memorable is that it is something that is incredibly easy to remember.

Then, I thought, duh! You can see the depth of my analytical mind. This came up because I was putting in some mental labor trying to remember more of the artists that were not memorable. One of those was Donny & Marie Osmond. I had sort of forgotten that show for the most part, although they put on a heck of a show once I remembered, and yet some of the artists or groups came to mind in a heartbeat. Interesting how memorable my memory is.

Spread Some Joy Today--by letting your emotions run freely for a while. No-stalgia, Yes-talgia, what-eva.
Posted by Terry Minion at 5:30 AM