"We can't all be stars
because someone has to
sit on the curb and clap as I go by."

"How to get rid of the ego as dictator
and turn it into messenger and servant and scout,
to be in your service, is the trick. 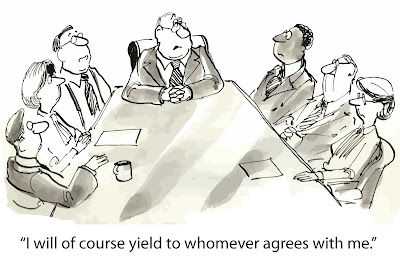 Yesterday, I announced a major change in me that is bubbling up within and though part of me struggles against it, this change cannot be stopped. I have wanted it a very long time. One could say that it is a lifelong journey to get here because it certainly has been as I see and feel it.

I realized what one part of this major change is yesterday. It is the release of my ego controlling the talk in my mind.

I've been whacking at it in various ways by becoming aware that it is there and in what it is saying. Most of it is under the surface like the biggest part of an iceberg, but a sufficient amount comes through my lips to make me wish I could suck it all back in, reconsider what is said, and then to say it without the unbridled assistance of my ever-present ego.

Yes, I've been working on this for quite some time and making some progress, but I want much more. I want full and complete control. Even beyond that, I want it completely under wraps. I don't ever want to listen to its inane defensive babbling again.

The volcano that I referred to yesterday has born a fissure eruption and a rather significant change in my ego ranting was addressed. I was talking with someone and I said something that probably sounded like I was upset by someone else's choice and how it affected me. Based on her comment that she would be upset by that as well, I stopped immediately, and told her that I am not upset by that, and that these were simply facts in the issue, and that my goal is to serve at the client's behest, and I would very much like to leave the egos out of it. I said that if we can leave the ego out, it will serve the greater good.

I've never said anything like that before. But, you know what happened with that statement? My ego was completely gone. It went into hiding. It said nothing. That has never happened to me before either. It used to always have a lot to say in justifying, rationalizing, analyzing, blaming, and being on the defensive.

You cannot imagine what a joy that was for me. I felt totally at peace on the entire subject, and the entire situation. Even this morning, I feel at peace with it, when all the times before when discussing this issue, my ego was ablaze with defensiveness. What progress! What a change! And, to know that this is only part of the change in me that is welling up is so exciting!

Of course, the other realization about this that I had was that this was a whole lot like unconditional love. In business? Could there be such a thing? That answer is a definite, yes!

The source behind this change was my asking for it, and in trusting the Universe has my back as Gabrielle Bernstein says. It is trusting in the Lord, as I wrote in that song back in 2000. It is letting go and letting God. Or as Gary Zukov wrote in The Seat of the Soul, "Try looking at life as a beautifully well-organized dynamic. Trust the Universe. Trusting means that the circumstance that you are in is working toward your best and most appropriate end."

For a very long time, I've been learning to really let go of that rope and trust. I have tested it before and it held true, and now that door is opening wide. I am walking through it in sheer joy as a changed man.


My Ego Has A Place, But I Have Stripped It Of Its Dictatorial Authority.

Spread Some Joy Today--by finding that place within you where you can feel that you are fully supported, honored, loved. That is where you really are.
Posted by Terry Minion at 5:30 AM