"Why do we own so many things
when we don't need them?
What is their purpose?" 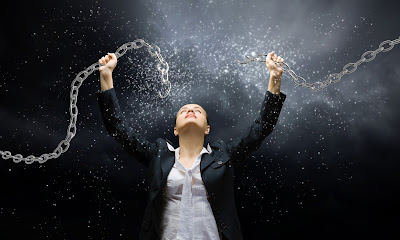 In April of this year, Fumio Sasaki published a book titled, Goodbye, Things: The New Japanese Minimalism. I bought it and read it a couple of weeks ago and it was absolutely fascinating. I had previously bought and read The Life-Changing Magic of Tidying Up by Marie Kondo, also from Japan, and also about getting rid of clutter and things that don't bring us, ongoing love.

But, Fumio's book was quite enlightening, and maybe I mean that literally. I loved the audio version and delighted in all his suggestions and particularly how he came to feel about his life when he finally let go of so many of his things.

I've been so interested in the last few years of downsizing, living in a tiny home, or a smaller space and letting go of stuff. I grew up with the old adage that he who has the most toys wins, and so I would collect things.

Let me go back to the quote at the top and bring the whole quote to light:

"Why do we own so many things when we don't need them? What is their purpose? I think the answer is quite clear: We're desperate to convey our own worth, our own value to others. We use objects to tell people just how valuable we are."

My home of 32 years has been on the market and is now sold. I am going through stuff and filling trash cans, recycle bins, and stacking things to donate or sell at a garage sale soon. So much stuff.

From 1984 through the early 1990s, I wrote a lot of songs and recorded them, increasing the technology of my recording equipment several times. I estimate that I spent somewhere around 10,000 hours in the act of recording music, re-recording it, mixing it and remixing it, downloading into compilation tapes, and so much more. I had a wall with well over 500 cassettes of songs I'd written and recorded and compilation tapes and other recordings that I did for other people. They have been on my wall for so many years.

Yesterday, they all went in the trash and the recycle bin. Every single one. It is so interesting how that felt. I felt free. I laughed aloud a good deal of the time doing this because of how it felt.

When I started, I took a couple hundred of these and put them in a box to keep them. Then I started just letting the rest go and then I stopped looking at the labeled cassette boxes and just started pulling them out and discarding them. Then I got the box I saved and did the same thing with it. They're gone. They're so old news.

I realized that it was my ego up on that wall. There was no other value. I was trying to demonstrate my worth not so much to others, but to myself--by dragging around the past and putting all that on the wall. It's all gone now. The past is dead.

I like how Fumio said, "What is their purpose?" What an insightful question. I'm also realizing that now I no longer need any of those things. Old awards and all that stuff are gone too. I've cut loose of hundreds of books, movies on DVD, music CD's, papers, and much more.

I won't have space in the new place anyway. I'll be going from 1868 square feet to around 500 square feet.


I'm Looking Forward To The Freedom.

Spread Some Joy Today--by simply deciding that you're worthy and that you can as you choose. Easy!
Posted by Terry Minion at 2:56 PM