"Shortly after I met my mentor he asked me,
"Mr. Rohn, how much money have you saved
and invested over the last six years?"
And I said, "None." He then asked,
"Who sold you on that plan?." 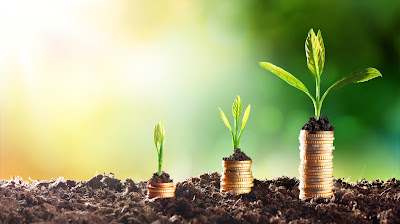 I rarely talk about money because I've been such a bad example of its proper uses. The other day I was talking about knowing what to do and not doing it, and that is how I dealt with money most all my life. I know that I have lots of company in that, but it doesn't make it feel better. Heck, even our government is a bad example.

Jim Rohn is a great mentor in money and psychology. He simplifies it to the extreme as in this very short few sentences: "The philosophy of the rich versus the poor is this: The rich invest their money and spend what is left; the poor spend their money and invest what is left." There you have it.

Also, in that statement, rich and poor have little to do with dollars and everything to do with philosophy or attitude. There are many people that are poor that earn tens of thousands of dollars a month, and more.

Here is a telling one from Jim: "I remember saying to my mentor, "If I had more money, I would have a better plan." He quickly responded, "I would suggest that if you had a better plan, you would have more money." You see, it's not the amount that counts; it's the plan that counts."

About six years ago, I was doing some training at a dealership and we were listening to a Brian Tracy set of CD's. One thing that was said that really struck home with me. He said, "you can't be great if you don't learn how to save money." Of course, those of us who were great consumers and users couldn't be bothered with that until we had a better plan which never seemed to arrive.

To make all of that so much worse, it was the borrowing for that huge home we didn't really need but was convinced was an investment, along with the credit cards, numbers of them to get those things we needed when we didn't have any money left. The easy payments began to grow into uneasy payments and then we were serving our lifestyle instead of enjoying our lives.

I know it all too well. For a long time, I was ashamed about it inside, but I've let all that go. I'm just bent on making better decisions. The other thing is about the idea of living within our means. We need to live below our means if we want to save and invest.

I've learned that someone who has learned to save and invest can have the same downfalls and lose everything just like the rest of us can. The difference is that they come right back up because they have the philosophy down and where ever they start, they start with the better philosophy. Jim made it easy and we all know the philosophy and we know it is better as well. All we have to do now is live it.


Happiness Is NOT More Money. It Is More Freedom.

Spread Some Joy Today--Consider a better plan to take the burden off the issue of money. Seek the joy of freedom in using it instead of it using you.
Posted by Terry Minion at 5:44 AM