"Everything in your life is there
as a vehicle for your transformation.
Use it!" 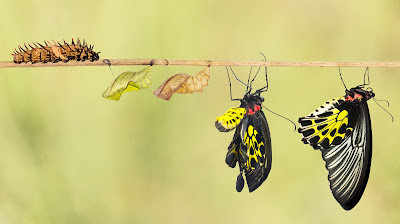 This morning, I'm still reeling from watching the just released 2-hour first time ever documentary of the Tony Robbins event he calls, Date With Destiny. The film is on Netflix and is titled, I'm Not Your Guru!

I loved it and was filled with emotion and tears because there were some very powerful transformations going on. It was also a bit of a trip down memory lane from the live three and a half day event I experienced with Tony in 1993. My goodness, has it been that long? Can it be 23 years? Wow. I remember as if it were yesterday.

So many people come out of a powerful event like that transformed, and in some cases, it might last, but Tony says it will last if they develop renewed strategies and daily rituals that will move their lives forward in a more effective, and pleasing way.

I know in my case that I did not develop new strategies and rituals right away. In fact, I found myself back in my comfort zone pretty quickly; however, there has been a lasting positive effect in having spent that time with Tony and allowed myself to release some of my inner fear, anxieties, and limiting beliefs during the intense program. And, I believe that it helped put me on a path of accelerated learning.

We all have walls, I think. They are built to protect ourselves. Some were built at a very young age, others have been built in the interim. None of the walls are really helpful for our psyche, and coming to the conclusion that something needs to change can lead us on a path toward transformation. Once transformed, it is a little like being born again, and now if we don't want to go back where we were, we need a new focus toward how we live in the moment and where we are going from here.

I don't know about you, but I have had many transformations in my life. Tony Robbins used to express that as the power of decision. In fact, chapter two in his groundbreaking book, Unleash the Power Within, which is also the new name of the seminar I went to, the chapter title is Decisions: The Pathway to Power. I think we can all relate to those times when we finally got to a point where we actually decided to change, and the decision was such a powerful place to get to and experience. Those kinds of decisions are indeed transformations, like moving from a place of accumulated pain and regret, into the relieving realm of space and freedom.

There are so many ways to get there. A Tony Robbins seminar is a good way, and there are thousands more. I've gotten there from a particularly powerful audiobook, or book, or song, or TV show, lecture, recording, or movie, interaction with someone, or seeing interaction with others, to name only a few.

It seems that we all want change but we resist it at the same time. We want better, but we get to a point where holding on to our familiar pain has become a badge of courage, a treasured blanket, our favorite hiding place, and more. We then see change as hard. We feel that breaking down those walls is too much for us. And these are all illusions, of course. We only have to give ourselves permission to let go and to move into a more pleasant and fulfilling place. Others can help us do that by reminding us that we do have that power and then encouraging us to make use of it.

It's interesting to write this now and realize that my life journey has been more like a series of letting go. It's like picking up the rope here and a rope there and pretty soon I've got all this resistance going on in so many areas. Then I let one go, and sometime later another, and so on. Hopefully, I'm letting go of more than I am picking up, and then I realize it is just the journey. It's all okay. I'm transformed again. I grew some more. I'm not a size 32 anymore (that was a long time ago. . .). I'm becoming, expanding, unfolding. I'm growing in love, expanding in appreciation--even for my pain, as in the film with Tony where he tries to have people be thankful for it all, rather than just the things that feel good. I'm unfolding in my spirit and enjoying that unfolding to the hilt.


Here's A Toast To Your Own Many Decisive And Delightful Transformations. And To Your Next One! Maybe It Will Be Today!

Spread Some Joy Today--by spending some time in gratitude.
Posted by Terry Minion at 1:45 PM