"There is a tide in the affairs of men,
when taken at the flood,
leads on to fortune." 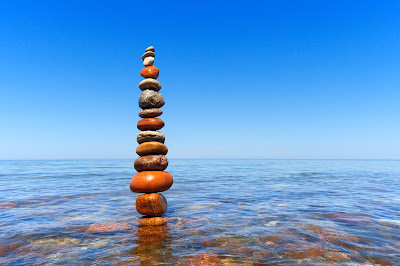 On Friday, I wrote about perceptions, decisions, and actions based on a quote I gleaned from John D. Demartini. Since Friday, I have used all of that, culminating in a decision that I've considered many times and let go again, yet in this instance, not only changed the perception, made a decision, and have taken action, but these often will take a lot of thought, and in this case was the easiest decision I've made in a long time.

As I was thinking about how this life-changing event came about, I noticed that there were numerous influences and that these influences came together in what I might call a perfect storm bringing the issue to a pinpoint where the decision was automatic. It required no more thought. Zero effort. The perception was changed. The decision was a foregone conclusion, and action was without the slightest effort or concern. In fact, it came together in such a way that it became an instant commitment with no thought of looking back, feeling loss, being concerned about the future, or anything else. It is done.

Do you know what I'm talking about? The subject of my change is not important, but you may have had similar times in your life where it wasn't one thing, but several things or influences that caused that perfect storm within you where a major change became a no-brainer. I mean that literally too, as there wasn't anything to analyze or consider. It was just done. Simple. It's on. There's no turning back.

I was trying to remember the last time this happened in my life. I couldn't think of anything quite so perfect. I've had epiphanies, sure, but though the decision was easy, there was also a certain amount of apprehension of the future, or in leaving things behind. Getting into the business I'm in now and making that decision was quick in late December 2007, but I had all kinds of apprehensions about the unknowable future, and especially since I had so little familiarity with the game.

Epiphanies are great. I love it when they come, yet things like this perfect store are simply magnificent.


This Weekend Gave New Meaning To The Phrase, Taken By Storm!

Spread Some Joy Today--in your eagerness to share your special attributes with all that you come into contact with today.
Posted by Terry Minion at 12:05 PM