"Compromise is one solution;
albeit, rarely a joyful one." 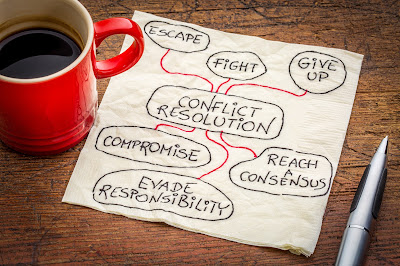 I re-watched Women, a favorite movie last night, and after I was done, I wrote this down: "What do I want? versus What do we want?"

The movie is all about relationships, friendship, love, and challenges. One marriage broke apart from the affair of the husband, which was just the perfect situation to cause the wife to take a real look at her life, and after the initial trauma, to ask herself what she really wanted instead of all the expectations of all the others in her life from her father, to business, her daughter, and her long marriage and relationship with her husband. Throw in some drama from her band of girlfriends, and it went from seemingly happy and successful to dysfunctional to say the least.

Many of us have probably navigated similar waters, and from my current vantage point, I can see how things happen that seem to be disconnected, but they are really fully connected and yet we often are unaware that one thing actually causes the other. Into every life some drama must fall I suppose, and some much more than others. But, this is a good thing if you know how to view it.

Standing back and getting the look of the bigger picture is certainly a valuable viewpoint. From here one can see a lot of movement and how much of that movement is under our direct control, whether consciously, or unconsciously. Growth is in there somewhere, I'm sure.

The part that stood out for me and caused me to write that dual question was that so often whether we realize it or not we are living a life with many compromises. We know it doesn't feel good, but we do it for the misused word harmony. Compromise is rarely harmonious. It more often comes from the lack of joy in continuing to fight. It is one, both, or all parties relinquishing our own desires, territory, or position for the sake of the cessation on outward conflict. I don't think it does anything at all about the continuing inner conflict. We just stuff our feelings and move on to the next issue. But, over time, those stuffed feelings must escape from their turmoil within. Enter the antagonist, whether a person, thing, or situation. Something has to give.

But, compromise is only one solution and generally it is not so effective. It is ineffective because it is win-lose, lose-lose, lose-win. It is rarely if ever win-win, and that is the solution that really works, as it did at the end of this movie. She won by finally deciding to follow her passion, her dream, her creativity. He won by realizing what he gave up because now that she has chosen what she wants, he can respect that, appreciate her more, and the unspoken tensions are released into a place of more open communication. The unhappy daughter realized the same thing. All are in a state of appreciation, which is my favorite state of all.

One could say, "well, this is just a movie and this can happen in movies, but it isn't reality." I so tire of that kind of line. Reality is what you make it and everyone has their own reality. As we can appreciate the reality of the other, respect and admiration prevail, and that is expressed outwardly. We can't make a decision that works, but I can, and you can. As we can appreciate the underlying desires and need for the decision, we can gain understanding and find joy. It isn't a compromise to share in the decision of another, it is to decide on your own what is right for you within the decision of the other. Or, to decide otherwise. Courage and risk are always involved, but this is where life is really alive.

This applies in all relationships whether business, political, or like-thinking groups, or personal. I used to be told that marriage is all about compromise. That's not accurate for me. That causes a lot of distress on both sides. What does work is deciding what I want. Then, let us share our thoughts and feelings and come to an understanding rather than a compromise.


Joy Is In Following Our Heart Which Always Leads In Love.

Spread Some Joy Today--by allowing your own joy to be expressed in all your relationships. Where there is joy, there is love.
Posted by Terry Minion at 11:44 AM