"They say to, be yourself,
as if one could actually do otherwise." 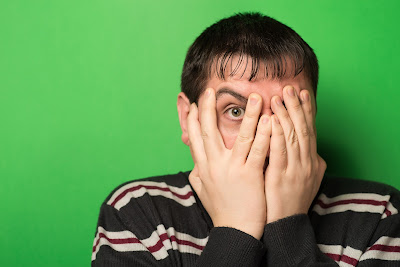 I was thinking today of a local businessman. I've known him since 1980, and I've done business with him many times in the tens of thousands of dollars over the years. It's been quite a while since I have been in his store or bought anything as I don't have need of his products any more.

A word I might use to describe him is cantankerous. Some might say cranky, opinionated, negative too. But, I love him. I feel like I can see right through him to the part that he often hides. Do you know any people like that? How do you really feel about them?

I have no relationship with this person other than I respect what he's done and appreciate how he's been generous with me on purchases. He's owned the same business longer than I've known him, so I appreciate his tenacity, especially in the business he's in because I used to own one like his, and that is how we initially met.

The reason I mention this person is to expose the idea that no matter how gruff a person may choose to be on the outside, there is nothing but love on the inside. It may be many layers deep in there, but it is always there, because I believe that we are all the same in this, and we are all love underneath our individual personalities and appearance. And, when we have the interest, we can choose to see that within others, while at the same time allowing them to be how they choose to be.

He and I don't see eye to eye on the business he's in and many of the ideas that might surround it, but I respect his point of view while not agreeing with it. And, isn't that so much of what love is?

I worked for a manager many years ago who said that no one ever met his expectations. He wanted people to be like he wanted them to be, and he was constantly disappointed that they didn't live up to his expectations. This caused him all manner of disappointment, frustration, and anger. Where is the love in that? If he could have respected where others were while not agreeing with them, the resistance would have been lessened, or even released entirely, allowing him to see the love that is within all of us.

Back then, he was my nemesis. But, I was in a similar place in many ways. It was only after his passing, that I realized that I loved the man and respected his travels, as I learned to love and respect myself and my journey.

One of the most insightful and delightful quotes I've ever found is by Abraham Lincoln where he said, "I don't like that man! I will have to get to know him better." What a perfect point of view. We feel their difference, but we know that if we bother to look past it, we will find that which we all are made of.

Maybe next time we run into someone who is cranky, negative, seemingly mean-spirited, we could just accept them at face value: I don't like that person. But, as so many of us stop there, let us take it to the next level: I will have to get to know them better. Maybe next time we run across a person like this, we will celebrate instead.

Spread Some Joy Today--by seeing that person the way they are, then releasing our resistance to them, allowing them to be as they choose to be without any need to agree with them, and then love them as they are knowing that deep inside, we are all one in the same.
Posted by Terry Minion at 8:18 AM