"You cannot fail.
You can only produce results." 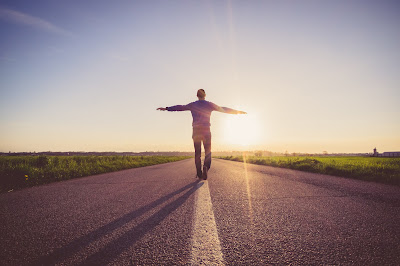 How interesting is that? No more failure. No more possibility of failure. No such thing as failure anymore. There is only some kind of result.

This has always been true. Yet, over the years, decades, centuries, we have developed judgement of results, and then we were so creative that we labeled them, as we have labeled every other thing.

It's been a long time since I've been to church, but when I was going, they used to say quite often, "God is good. All the time." Well, if that is true, then there is no downside, is there? It's all good. Maybe we simply haven't looked far enough to see it, or rather, relaxed enough and let go enough to see it.

It is often our resistance that leads, when I think we are better led by our release. And one way to unlabel things is to pay more attention to how we are feeling, and act on that by either being satisfied with how it feels, loving it, or finding a better feeling with a different thought. Release is a different thought. It is a more soothing thought, and it creates a more soothing feeling.


We're All So Much More In Charge Of Everything Than We Often Think We Are.

Spread Some Joy Today--by making your own choice for that.
Posted by Terry Minion at 6:15 AM