"You're so full of yourself!"

-- Common retort by a conservative soul 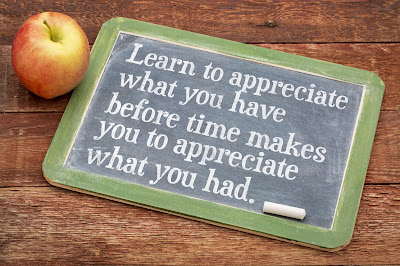 My head was reeling yesterday and this morning. It's sort of a hodgepodge of things that have a common connection--that of life and of living.

Yesterday, I attended a memorial service for a woman whom I have never met, but who I knew a tiny bit about because I am friends with her husband. Her name, Cheryl Sherwood was in the headlines from an attack that led to her death, and there was an outpouring from the community. I attended because Lee is my friend, and to learn more about what to him was his soulmate of twenty-some years.

She was a nurse and worked in the oncology section for Kaiser-Permanente nearby. There were many nurses who spoke at the service and I was delighted to learn of Cheryl's personality. Many others who spoke, told of her being selfless and purpose-driven, but what I learned, and the part that really stood out for me was what I would call her self-fullness.

Yesterday I wrote about being true to yourself, using William Shakespeare's famous quote, "to thine own self be true." The thing that stood out of all that I heard yesterday from a wide variety of people was that this Cheryl was. She was true to herself, to her passions (quite a list of them), to her calling as a nurse, to her joy of cooking, which was not just a passing fancy, but a full-blown studied passion.
At the end of the service, I hugged Lee and told him that the nurses gave me some insight that I was unaware of and he said, "Yes. She was a firecracker." That said it very well based on what I heard. A beautiful woman and a full-of-her-beautiful-self life. A life well-lived that touched so many in many ways.

I was also reeling from that same morning finishing an audiobook about President Eisenhower during the White House Years. Fascinating. You know, I've read many biographies about many presidents, and I am continually fascinated at how much they did, how much it mattered, and each of them had a list of critics a mile long. People, and particularly presidents are much better than so many people make them out to be. There's a certain amount of popularity or unpopularity in any of them, but there is so much that goes on in a life that remains unexposed, and when it is, I for one am amazed and delighted to have enjoyed the knowledge.

I found so many things to appreciate about this man and the tasks that he faced and how he faced them. His courage and conviction, and far-reaching insight was astounding. His personality and communication was his own unique self. He was full of duty and purpose and learned how to enjoy himself in the process.

And, yesterday, I started a new audiobook, Elephant to Hollywood by Michael Caine. It is delightful and especially since it is he who is reading it. What a fascinating life he has lived and since he is still alive at 82 today, he is still living it. The early part of his life is filled with poverty and trauma, and yet he came through. In his book he mentions that this is his success: He survived.

I went to Amazon.com and looked at the book and the reviews. I had a great laugh reading some of them, especially the one, two, and three star reviews. I'm still laughing at what one of them said. He said, and I quote, "in my view, no one should be able to publish more than one autobiography." This was his second. Every time I read that I break out laughing.

This all ties together with joy for me in that regardless of how people may choose to live, there is always someone or even many in the case of a public persona, who find ways to say things that are interesting. This caused me to think this morning, "who am I to say something negative about how another person has lived or is living?


I Am Appreciating All Of Those Lives That Find Their Way Into My World. It's A Cast Of Delightful Characters.

Spread Some Joy Today--by letting your real self out. Let others delight in that sharing. They will, you know. . .
Posted by Terry Minion at 11:16 AM