"What is history
but a fable agreed upon?" 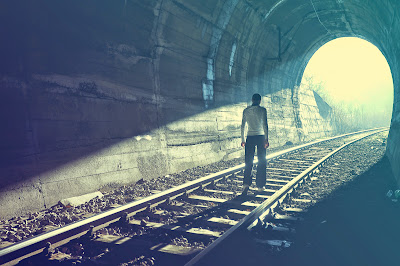 Consider this quote from Abraham, Esther Hicks from a workshop in San Rafael CA on February 27, 1999:

"Someone asked us recently, "Is there any limitation to the body's ability to heal?" And we said, "None other than the belief that you hold." And he said, "Then why aren't people growing new limbs?" And we said, "Because no one believes that they can."

I read a book a couple of years ago by Anita Moorjani, titled, Dying To Be Me: My Journey From Cancer to Near Death to True Healing. I've mentioned it before by saying that it was a very powerful book. I've read it a couple of times and also have it on audio, and took two audio courses from Anita at Hay House.com.

If you haven't read the book, I think you would learn a lot from it. I think that even though she began reluctantly, she has become a guiding light in encouraging people to let go of trying to fit in or be someone they think they should be or who others think they should be and allow your truest self, the real you to fully come into being and guide your renewed life.

One of my other favorite authors that I quote all the time is Alan Cohen, and this quote tells the story of these guiding lights. He said, "You and I are greater than our circumstances. We have the power to serve as uplifters and light places that would otherwise be dark. When you uplift others, you uplift yourself. We are all angels in disguise, and when we express our divine nature, we live to our highest potential and make the world a better place."

In Anita's book, you see her go from as far down the path through a devastating illness that has ravaged her body to the point of final shutdown. Then she returns from a near-death experience to full and complete healing within just a few weeks. To hear or read it being told by her, it is so hard to imagine that she could be healed from that place. It was tantamount to growing new limbs as in the quote from Abraham. Yet, we so often cannot believe it can be true, or at the very least that it was just for her alone. Our beliefs are so powerful in whatever direction we may aim them.

The hope for me, or her light for me, is that I have the power within me to heal whatever I can choose to believe I can. I am practicing thinking in this way. I am letting go of any resistance. allowing my body to be molded as I desire and not be dictated by others regardless of their degree or where they went to school, or who they are to me.

It is so great to know that if it has been done, it can be done. If one can do it, another can do it. It's like the 4-minute mile. When that number was finally broken by Roger Bannister on May 6th, 1954. Virtually everyone said that it could not be done, that it was impossible, that the body could not endure it, and much more. Then he did it. Once it was done, another did it, then another, and now it is commonplace in that field. Our beliefs can stop us or propel us as we choose. As Alan said, it is not the circumstances. We are greater than our circumstances.

My heartfelt thanks go to Anita and the encouragement and coaching of Wayne Dyer in the publication of her wonderful and uplifting book, Dying To Be Me. She continues to uplift and shines a light to help guide more of us to our own miraculous inner power. I am so grateful for all these guiding lights, including Abraham and Esther Hicks.


"I Just Had To Be Myself, Fearlessly!" -- Anita Moorjani

Spread Some Joy Today--by uplifting others. You can be an angel in disguise.
Posted by Terry Minion at 1:30 AM